With a majority of certificated staff signed onto union cards, upon PERB certification the Industrial Workers of the World stands to bring Caliber: Beta Academy to the bargaining table with their workers. 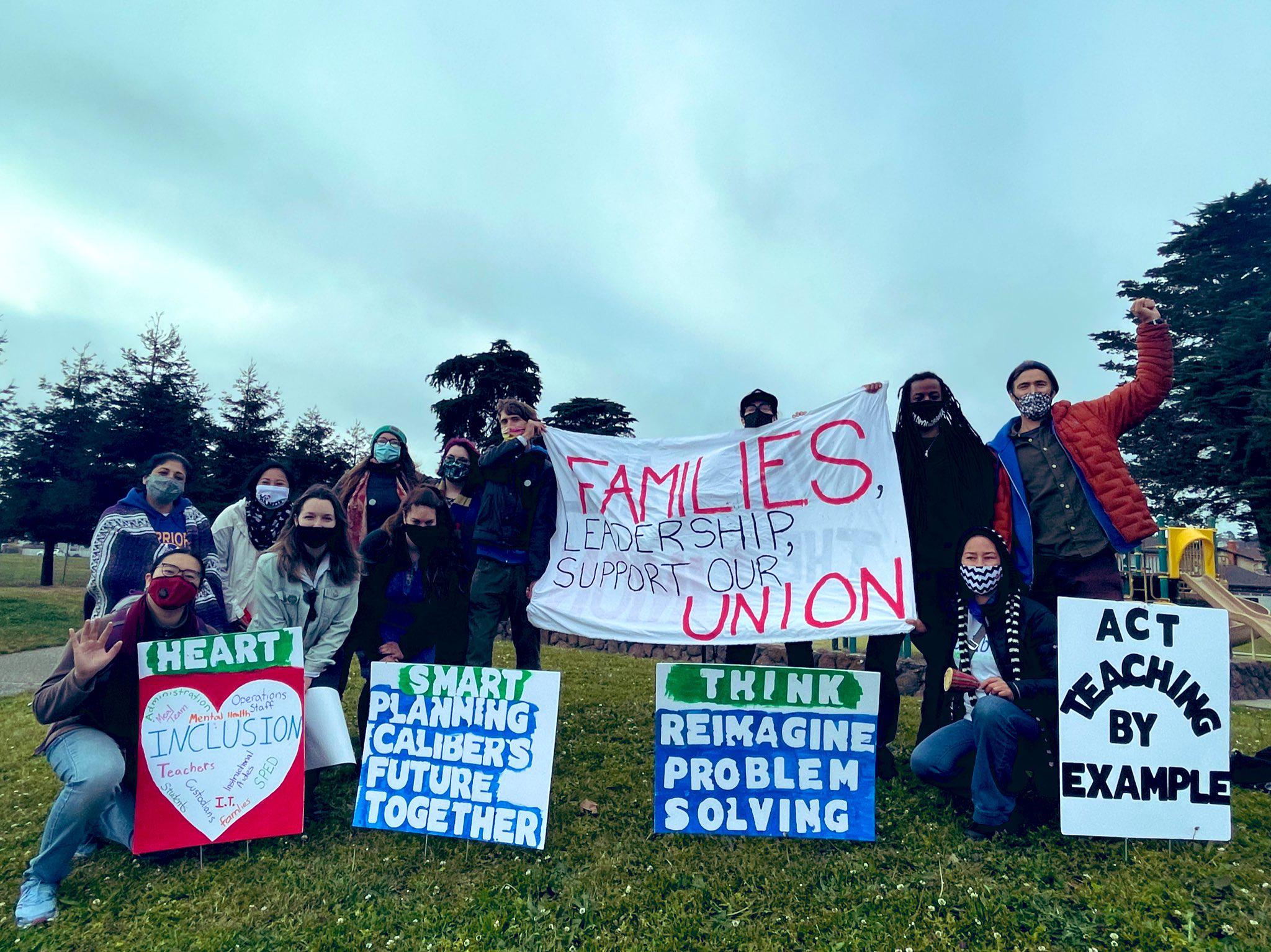 RICHMOND, CA — Last week, workers at Richmond charter school Caliber: Beta Academy upped the ante in their struggle for better working conditions, justice on the job, and a seat at the table for teachers and support staff, as well as students and their families.

“We share a campus with Kennedy High School, their teachers have a union. Behind us, down the street is Stege Elementary School, their teachers have a union. I am a public school teacher and I love my job, I wouldn’t want to do anything else, all I want are the same rights and protections other public school teachers get,” said Gerri Swift, 4th Grade Teacher. “What kind of teacher would I be, trying to make my students ‘agents of change’ if I did not stand up beside my co-workers, my families, my union, with the same kindness and courage I preach to my children?”

On Wednesday April 21, 2021 Caliber: Beta Academy employees sent a letter to school administration, Board, and CEO asking for voluntary recognition as a majority of certificated employees (teachers, clinicians, and education support staff) have signed authorization cards signaling their intent to unionize.

On the following day, April 22, teachers, support staff, students, and parents came together at State Court Park to talk about and celebrate their vision of a better Caliber: Beta Academy through inclusion of all voices.

While the school’s administration was invited to celebrate these teachers’ wonderful moment and get ready to bargain in good faith, management chose not to attend.

Without a reply from school management, Caliber: Beta Academy employees decided to formally file for certification with the California Public Employment Relations Board on Friday April 23. Now management will be required to respond and begin to bargain over the things that matter most to staff, students, and families: from class sizes, guaranteed prep time, and protections to the fight back against the massive teacher turnover.

“I fully support the idea of a Union here at Caliber because of the security for directly making influential decisions through the use of my voice on behalf of staff and for students. Teachers at Caliber aren’t robots, but can seem to function like they are, because they are fueled by their passion and commitment to their students. The Union serves to magnify and brighten that passion and commitment,“ said Fernando Ramos, K-2 PE Teacher.

“I chose to come to Caliber because it was a school that really aligned with my own values, in terms of how we support students of color, equity, and restorative justice. I feel supported but coming in as a first year teacher I noticed the 50% teacher turnover,” said Emerald Chan, 7th Grade Math Teacher. “The students picked up on that, they’re always asking me and other teachers, ‘are you coming back next year.’ They’re really looking for a continued support year to year, and even if we’re not their classroom teacher again they still want to see us around campus and stay connected to us.”

How to get involved!

If you’re a Caliber: Beta Academy employee sign a union card and become a member of our union the IWW, come to the next union meeting (Tuesday’s at 4:30pm) to have your voice heard, and take a selfie and submit it to our group photo! You can submit photos and ask any questions to [email protected].

If you’re a parent, caretaker, or student, sign our petition, submit a photo of you/your family with some words of support for social media, speak up at board meetings, and get involved by emailing Caliber Administration that you support the Caliber Workers Union (Board President Jennifer [email protected], CFO/Board Member Tony [email protected], CEO Terrance [email protected]).